The Ellisville Salt Marsh, situated on the Massachusetts coast five miles north of the Cape Cod Canal, is a wetlands and wildlife habitat restoration opportunity of incomparable value. Historical documents and maps attest to the fact that the area has been a center of fishing, shellfishing and agricultural activity for over 300 years, a unique coastal habitat supporting a diverse population of fish and wildlife. Thoreau noted seeing:

“…menhaden skipping in the pond as I came along, it being connected to the sea.”

Historical documents reveal that a fishing weir was operated at the mouth of the Ellisville Marsh inlet from the early 1890’s until the 1920’s. Eels were also harvested from the marsh during winter by cutting holes through the ice.

Our members have shared some photos from the late 1890’s and early 1900’s including a map of Ellisville.

While several tributaries feed the Salt Marsh estuary with fresh water, the channel providing salt water from Cape Cod Bay is crucial to the Salt Marsh’s survival. Major coastal storms, particularly nor’easters, have periodically blocked the channel through a process known as ‘avulsion,’ filling the channel with sand and diverting it in a southwesterly direction as shown in the figure. Channel avulsion at the Ellisville Salt Marsh is known, from historical accounts, to have occurred as early as 1791. For several hundred years, local residents and fishermen dredged and maintained the channel to protect and preserve this rich ecosystem. Dredging was done by the Commonwealth of Massachusetts or Town of Plymouth on several occasions after 1960.

Events in the Life of the Salt Marsh and Channel

A complex series of natural, legal and regulatory events over the past fifty years has impacted the vitality of the Salt Marsh, as measured by its level of water quality and capacity to support wildlife and fish habitat:

• A number of protective structures were built at various times at the mouth of the channel – in 1910 a wooden jetty was installed on the north side; this was replaced with stones in 1935.

• In 1961, Ellisville Harbor was designated a “Harbor of Safe Refuge” by the Commonwealth of Massachusetts. The Massachusetts Department of Public Works (MA DPW) then removed the 1935 jetty and reused the stones to build the current rock groin about 100 feet to the north of the channel, at the same time reshaping the channel mouth and ocean floor in the immediate vicinity. According to informed local sources, the Commonwealth had stated its intention to armor the channel but failed to complete the work when funds ran out.

• The Ellisville Harbor area was designated an Area of Critical Environmental Concern (ACEC) by the Massachusetts Secretary of Environmental Affairs in 1980. Recognizing the rights of local fisherman, the area at the mouth of the channel was excluded from the ACEC specifically to permit maintenance dredging. However, dredging was halted in the early 1980’s after legal action was taken against a local lobsterman by the Commonwealth.

• The “No Name” storm in 1991 suddenly closed the channel by avulsion. Subsequent migration of the inlet 1,500 feet to the south over the following years significantly impeded salt water flow into and out of the marsh. This caused massive changes in salinity and deteriorating water quality, growth of algal mats and mud areas, extensive die-off of salt marsh vegetation, migration of Spartina alterniflora into previously high marsh areas, and virtual disappearance of certain fish and wildlife. Moreover, the channel migration caused severe and irreversible erosion damage to the bluff at the north end of Lookout Point. 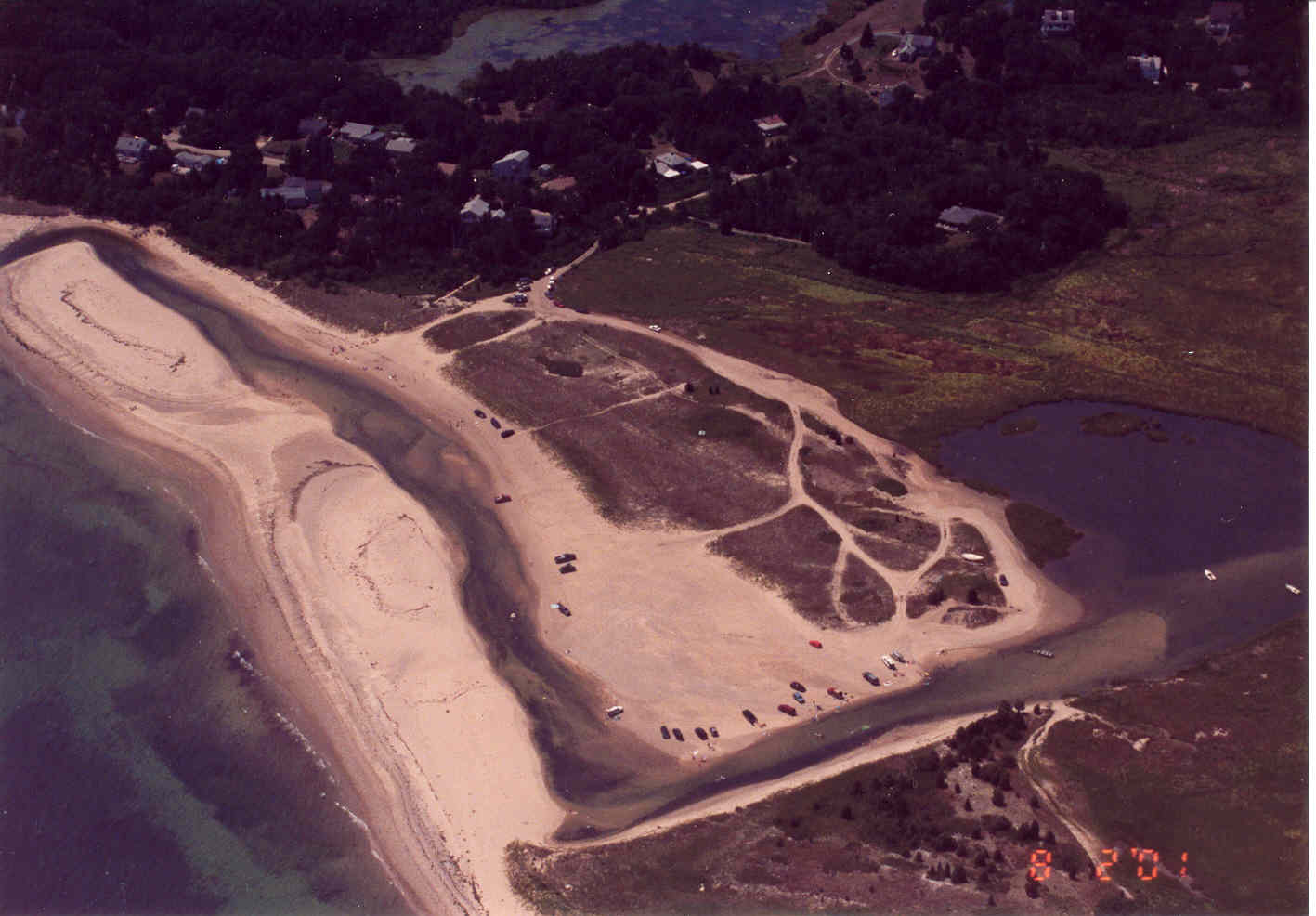 • Assessments of the Salt Marsh by federal and state agencies in 2001 led to the conclusion that the “…wetlands are drowning and are experiencing a drastic salinity change due to tidal restrictions.” (Comment by Army Corps of Engineers).

• A private property owner whose bluff was severely damaged by the migrating channel shouldered the significant financial burden of obtaining the necessary permits and covering the construction cost associated with re-dredging the channel in its historical location in late
2003.

• The Blizzard of 2005 once again closed the channel inlet and the channel again began migrating in a southwesterly direction. Permits then in effect did not allow re-dredging of the channel.

• In 2010, the Friends of Ellisville Marsh received the last of its federal, state, and local permits allowing periodic maintenance of the Ellisville Inlet. Since then, the organization has reopened the blocked inlet six times.

• The channel location is contained in a 45-acre parcel that was donated in 2003 to the Wildlands Trust, a non-profit land trust and environmental steward that is supportive of efforts to restore and protect the Salt Marsh.

• The Wildlands Trust has implemented a Beach Management Plan that is in effect year round and eliminates vehicular access to the salt marsh, beach and federally protected bird nesting areas.

• Anecdotal evidence indicates that water quality, wildlife and fish populations began to rebound shortly after the 2003 channel re-dredging. Fishermen report the taking of striped bass as large as 40” in length in the back part of the marsh during the summer of 2004, as well as numerous fish over 28” in length. An osprey and other returning bird species have been sighted in the marsh.