Stewards of the Marsh

A  visit to Ellisville Marsh at high tide yields a picture of beauty. Sparkling blue waters contrast with vibrant green marsh grass; an apparently pristine environment, one of the few left along our coasts.  The same vista at low tide has become more problematic in recent decades, as the marsh’s sometimes sand-choked inlet has restricted tidal flows enough to kill expansive swathes of once-dominant marsh grasses.   The mud banks and tidal rivulets which once provided protective habitat and foraging grounds for an amazingly wide variety of aquatic and terrestrial life have been significantly eroded, degrading the physical structure of the marsh itself.

The Friends of Ellisville Marsh, Inc. (FEM) was formed in 2007 to help revitalize the delicate and complex ecosystem of the 70-acre Ellisville Marsh. This salt marsh and estuary, which lies jointly in Ellisville Harbor State Park and the Wildlands Trust’s Shifting Lots Preserve, was vibrant and healthy when lobstermen operated out of the harbor until the early eighties but now appears to be deteriorating. The marsh was badly damaged by the “No Name” storm (also known as “The Perfect Storm”) in October of 1991 when the marsh inlet channel became blocked. The blockage and subsequent restriction to tidal flushing has caused a retreat of the native marsh grasses, marine life, and birds that are all essential parts of a salt-water marsh. As the only salt-water wetland on Cape Cod Bay between Sandwich and Plymouth Harbor, Ellisville Marsh is in critical need of environmental stewardship. Restoring and maintaining adequate tidal flushing of the marsh are the group’s immediate goals.

The Friends’ goal is to use individual and corporate donations, as well as public and private grants, to restore this environmental gem to its former health and insure its maintenance for future generations to appreciate. Please join us in our fight to revive this ecological gem! 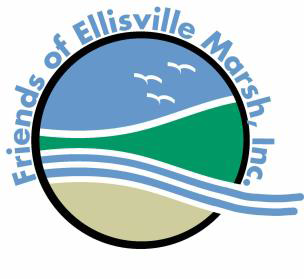